EquipmentThis Bombardier CRJ 200LR was manufactured late 2004 and delivered in 12/2004 to an Austrian airline operator who was flying the aircraft under commercial airline service until 02/2007. In 02/2007 it was sold to a German airline operator where it flew for a short period of only 5 months, until it was sold to the US again in 07/2007. The present owner purchased the aircraft only 1 year after its return to the US in 07/2008 and owns it since then. The present owner is the 4th owner in total. All logbooks are available since new and the aircraft has always been professionally maintained, during the present ownership always in Germany. Presently the interior is fitted with 50 PAX seats. The galley is located opposite the main entrance door whilst the toilet is located in the rear of the aircraft.

The Bombardier CRJ 200LR is designed specifically to provide superior operating efficiencies to regional and major airlines, the twin-turbofan Bombardier CRJ200 has also established itself as the world’s quietest and most environmentally friendly commercial jet aircraft. Exceptional operating economics and the benefits of commonality within the CRJ family give customers unmatched operational flexibility and tremendous cost savings potential.

All specifications subject to verification upon inspection. 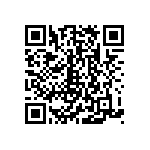